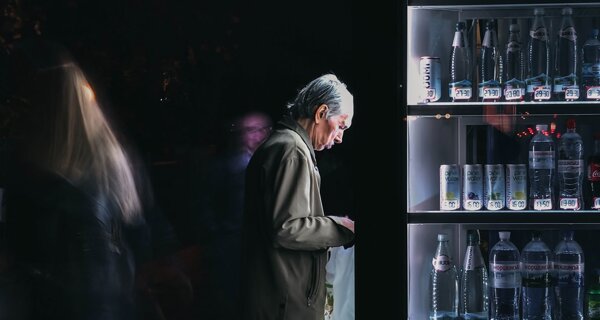 By Any Other Name
How to avoid becoming yet another casualty of a bad name.

In 2017 a San Francisco startup that intended to use machine learning to create a plethora of cashless vending machines to provide customised contents to busy New Yorkers launched to market. They were going to use machine learning to ensure that each machine stocked what consumers might most want or need in that location. It was a disruptive move into the retail market and should have been a success. Things didn’t go to plan.

The venture named itself ‘Bodega’ after the corner stores that form part of the cultural fabric of New York. These stores sprung up, shortly after WWII, largely owned by Puerto Ricans, and they quickly became a New York City institution. The startup not only stole their name but did so for a business model that could very well threaten their existence. Following an interview on Fast Company, startup co-founder Paul McDonald was subjected to a huge backlash from New Yorkers through twitter and severely lost credibility at a crucial point in the startup journey.

What McDonald missed is that although the word was familiar to New Yorkers, and painted a context of local convenience shopping it never took into account the emotive context. Bodegas are much-loved community hubs, where locals have conversations and feel part of a community. They’re authentic microcosms of ethnic culture that people are willing to defend.

McDonald claims to have conducted research on the name with local communities, (97% of Hispanics surveyed did not find the term used for the machines offensive) so it’s possible that he might have asked the wrong questions. Bodega later changed their name in July 2018 to Stockwell.

Unfortunately, poor naming is a common occurrence and a big issue for both startups and established players.

Why do we need a name?

Words describe ideas — non-physical things. Deities, countries, political & artistic movements. In fact, if we look at the instances of acceleration in human productivity and development, it only happened around a bigger idea. Religion drove people forwards with the idea of a god. Whether that god was called Jehovah, Allah or Buddha is irrelevant, what is relevant is that in each case it had a name. Think of the word ‘engine’, and how without that word, the industrial revolution would not have gained traction.

We can’t collaborate on amorphous concepts unless we name them. In fact, only by naming a concept, a methodology, a division, a project, a place, a product, a packaged solution or a movement can we begin to ‘handle’ it. We can’t talk about that ‘new market disruption idea, that uses a different industry model’. But if we call it ‘uber’, we can throw it around, pick it apart, position it and even though it's going to be slightly different in everyone’s imagination–we can all ‘see’ it.

Don't rush into naming though as it stunts innovation. Having an early concrete name creates an edge to the map. Now as opportunities and ideas are explored, we begin to rationalise whether they’ll fit, or they’re off the map. Instead, if you're in the early stages of defining the concept, simply create a project codename until you solidify the concept. Otherwise, you risk the (common startup issue) of the concept evolving and the name no longer having relevance–meaning you’ll have to start naming again.

How do we create a name?

The most common mistake that businesses make when trying to create a name, is that they either attempt to describe their function (plumber, programmer, architect) or they try to capture an experiential attribute (fast, experienced, cheap).

Obviously, all those logical directions have been taken already, and every name they hit upon (and get excited about) turns out to be taken and protected. This is frustrating and disheartening, and the resulting fatigue makes them more desperate and less discerning. Often at this point, they settle for a name that is simply available. Or they venture into the territory of the constructed word, and that can have disastrous consequences.

Truthfully most names, if available can be made to work, but it can be hard graft to force a success with a poor name. A name that has an idea, a kernel of a story or a discovery within it makes for a much stronger brand.

There are several approaches that can provide this kernel and form the genesis of a name. Let’s identify several common types so that you can choose the right approach for your own brand name.

When a new Belgo-Luxembourg wristwatch brand, was created by two friends, Amaury and Charles-Louis, in 2014, their mission was to create stylish men’s watches, inspired by the look and feel of navigational tools of the past. They looked for naming inspiration to the forgotten word ‘Armogan’. A British word, derived from old French; ‘Armogan’ is a 19th-century naval term for a good season or opportunity for navigation (essentially saying it’s fine weather for sailing.)

Rideshare platform Uber were originally called UberCab. Uber means ‘very, the best of, the most extreme’ in German. Their name, therefore, meant ‘the ultimate taxicab' However in 2011, UberCab were ordered to stop running unlicenced taxicabs, and they removed the word “Cab” and started to operate under the brand name Uber.

In 1976 the Australian Government established a private not-for-profit private health insurer, as an operating division of a statutory authority (the Health Insurance Commission). It sought to convey the ideas of ‘a funding resource’ (bank) and ‘medical treatment’ (medical). Medical + Bank = Medibank.

Although the name ‘Lulu Lemon’ has no meaning other than it has 3 ‘L’s’ in it, it’s alliteration has made it an easy and fun name to recall. Legend has it that former CEO Chip Wilson allegedly chose it because it would be difficult for Asian language speakers to pronounce. Whatever your origin story, for some reason, the repetitive first sound is something we all find naturally enjoyable.

It’s worth noting that names that use this convention tend to be fun, and personable brands, (Krispy-Kreme, Coca-Cola, Dunkin Donuts, Kit Kat) so probably not an avenue to pursue if you are in corporate services (unless you are strategically committed to disrupting your market segment.)

Similar to alliteration, rhyming is an easy way to create a memorable and fun name. Curly Wurly is a caramel sweet made since the 1970s by British confectioner Cadburys. Their campaign celebrates the name: “Chewy and curly, wavy and wurly! A swirly ladder of golden caramel draped in Cadbury milk chocolate”. Rhyming is often associated with commodity items (such as confectionary and soft drinks) and should be avoided if that doesn't reflect your brand positioning.

A metaphor is when we use one mental image to convey other characteristics. A good example would be British car brand Jaguar, who chose the animal to evoke the characteristics–sleek and powerful.

Serbian-American engineer and physicist Nikola Tesla (1856–1943) made many breakthroughs in the production, transmission and application of electric power. He invented the first alternating current (AC) motor and developed AC generation and transmission technology. Elon Musk adopted the name Tesla for the electric car company he was associated with, to leverage the legacy of the physicist’s brilliance in electrical science.

German car brand BMW simply stands for Bayerische Motoren Werke, which can be translated into English as the ‘Bavarian Motor Works’. Exactly the kind of exciting and imaginative stuff we’ve come to expect from our Germanic cousins. We rarely advise our clients to adopt an acronym, particularly for a new brand, but it can be a good choice when evolving a brand. BHP is easier to sell as a global brand than Broken Hill Proprietary Limited, (Broken hill being a remote Australian town of 17,000 people).

‘Peckham Rye’, is a well-respected London Tailor offering impeccable and remarkable suits in W1. It’s a premium brand, but extremely and proudly patriotic of London. ‘Peckham Rye’ is Cockney Rhyming Slang for the most symbolic men’s accessory, the tie.

Like all things naming has trends. Some position you well, but they can also date you. A trend during the rise of text messaging, and its use of abbreviations, was the use of ‘leet speak’, or the use of numbers as replacements for syllables e.g. Circul8. Another is the removal of letters that don’t change the phonetics, as in Tumblr and Flickr. More recently there has been a trend to co-opt human names as done with Stan and Dave.

Can anyone come up with a name?

Naming is astonishingly hard to do well, even for branding and naming experts. In fact, having named hundreds of brands, I can honestly report that it’s getting harder. Like finding an available domain, there are less and less out there every day that can be owned.

At Untold® we have naming systems, naming processes and lots of experience of failure that ultimately makes us more strategically successful at naming. Can just anyone come up with a name? Absolutely. Anyone can have a great idea, it’s just whether they realise it, can handle it responsibly and can leverage the value going forward.

Tip: Have a go at naming yourself but limit yourself to (a combined team investment of) 100 hours, if you spend that long and don’t have a good option, it's probably not going to be worth you and your team being distracted from running your business any longer.

Follow this (simplified version) of our naming process to create and select a name yourself:

Startups fail frequently because of bad naming, and we often see established businesses failing too. In order to name effectively, you must understand your brand positioning, narrative and your audience. Naming engages an audience and sets an expectation, it’s important that it’s done responsibly and with secure governance. It’s important to recognise that a name can be either a great asset or it can spell disaster.

Tip: A wise move would be to have a naming expert in your sphere of influence, especially when you begin to clarify your business idea and brand positioning.